Fred  lives with his wife Susan in the DC suburbs of Northern Virginia and writes mystery and fantasy stories.

His life has been an eclectic array of locations and interests. He’s lived in nearly every area of the U.S. (the Northeast, Mid-Atlantic, West Coast, Midwest, and the Southeast.) For a few years, he lived in Europe and on a boat. Right out of high school, he printed cigar boxes (Swisher Sweet and Hav-A-Tampa), years later he owned a magic store, flew small airplanes, built and flew an ultralight, worked as a self-employed analytical consultant, photographed oil spills and shifting sandbars from a US Coast Guard helicopter, taught Management Science at Wright State University, solved logistics problems for the US Air Force, trained NATO personnel, wandered with his laptop while unarmed in warzones, spent four years as the top Operations Research Analyst in the US Department of Education, and performed top-secret analysis for the Joint Chiefs of Staff in the Pentagon (not necessarily in that order.)

During all this activity he found time to have a family and write mystery stories. His most notable are the middle-grade Whiz Tanner Mysteries, including a Whiz Tanner short story included in the Mystery Writers of America anthology Super Puzzletastic Mysteries, published by HarperCollins (he also wrote software for college finance textbooks for Harper & Row, a prior incarnation of HarperCollins.) He’s still trying to decide what he wants to be when he grows up.

Fred is a member of the Mystery Writers of America (MWA), the Society of Children’s Book Writers and Illustrators (SCBWI), International Thriller Writers (ITW), and Sisters in Crime (SinC), among others. 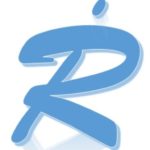